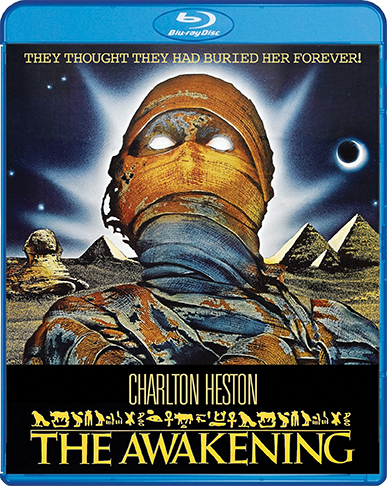 Two-time Academy Award® winner* Charlton Heston stars as an archaeologist driven to destroy the ancient evil he unleashes when his research causes The Awakening. Matthew Corbeck (Heston, Ben-Hur) is obsessed with finding and opening the tomb of the murderous ancient Egyptian queen Kara, to the point of neglecting his pregnant wife (Jill Townsend, Poldark) even as she delivers their baby. But the evil that Corbeck frees takes possession of his newborn daughter. Now, eighteen years later, Corbeck's daughter, Margaret (Stephanie Zimbalist, Remington Steele), returns to Egypt to meet her father for the first time – and Corbeck must overcome powerful occult forces to destroy the evil he loosed upon the world.