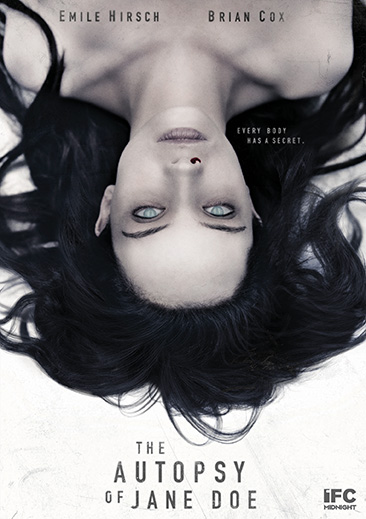 The Autopsy Of Jane Doe

It's just another night at the morgue for a father (Brian Cox, Trick 'r Treat, Zodiac ) and son (Emile Hirsch, Lone Survivor, Killer Joe ) team of coroners, until an unidentified, highly unusual corpse arrives. Discovered buried in the basement of the home of a brutally murdered family, the young Jane Doe — eerily well-preserved and with no visible signs of trauma — is shrouded in mystery. As they work into the night to piece together the cause of her death, the two men begin to uncover the disturbing secrets of her life. Soon, a series of terrifying events make it clear: this Jane Doe may not be dead. The latest from Troll Hunter director André Øvredal is a scarily unpredictable, supernatural shocker that never lets up. This chiller also stars Ophelia Lovibond (Guardians Of The Galaxy ) and Michael McElhatton (Game Of Thrones ).

The Autopsy Of Jane Doe