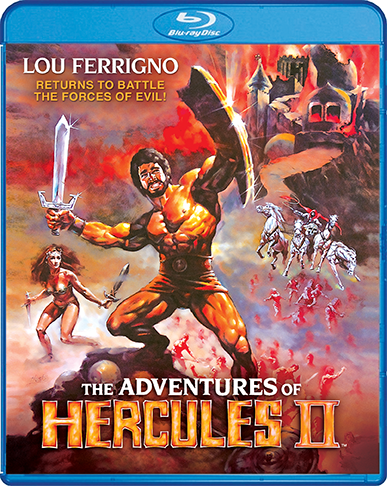 The Adventures Of Hercules II

From a mythic world beyond your imagination ... Hercules returns!

When three traitorous goddesses steal seven magical thunderbolts with unearthly power, it falls to one man with the strength of one hundred to save the universe from eternal chaos and darkness: Hercules (the incredible Lou Ferrigno)! As an Olympian array of monstrous villains line up to claim Hercules' head, our protagonist must summon every last ounce of his formidable strength to defeat them all, recover the thunderbolts, and take to the cosmos itself for one final battle with his archnemesis, King Minos.

The Adventures Of Hercules II features the man, the myth, the legend himself in his most titanic labor yet!

The Adventures Of Hercules II