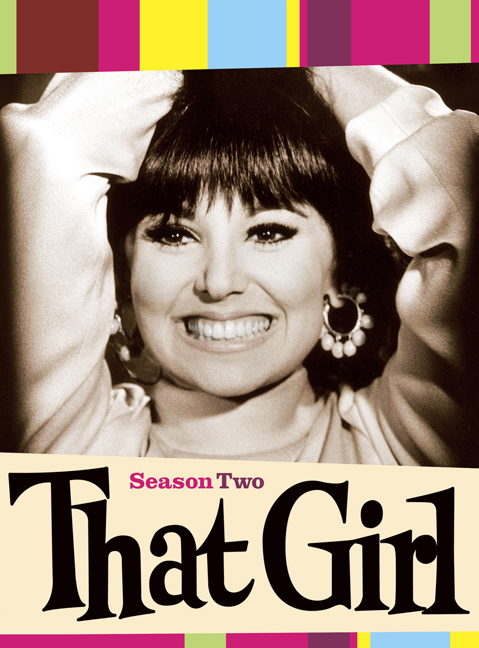 Ann and Donald are back for the second season of the groundbreaking hit sit-com That Girl, which aired in 1967-1968.

This season debuted with one of the most popular episodes from the series. In "Pass the Potatoes, Ethel Merman," Ann gets a one-line role in a short-term revival of Gypsy and invites Ethel Merman (playing herself) back to her apartment for a home-cooked meal. Here are all 30 color episodes from the second season, along with rare bonus material and guest appearances by Sid Caesar, Rob Reiner, Teri Garr, Ruth Buzzi, Rich Little, Bill Bixby, Norman Fell, Joan Blondell and Ethel Merman.