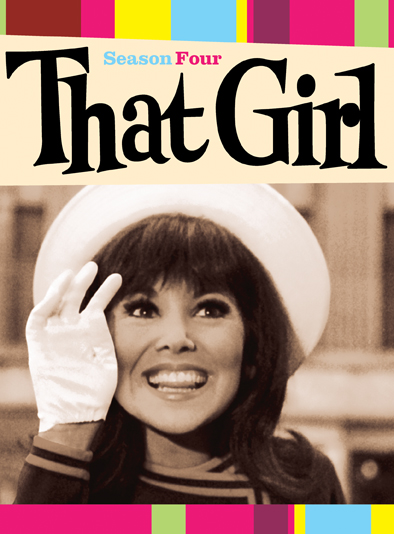 Nominated for an Emmy Award for these episodes, Marlo Thomas gives Ann Marie some of her most memorable moments in Season 4 of That Girl: from the banana camera she wields in the two-part season opener "Mission Improbable"; through her unforgettable donning of a chicken suit in "Nobody Here But Us Chickens"; to "She Didn't Have The Vegas Notion" filmed in the Las Vegas of the late '60s.

That Girl ran for a total of five seasons on ABC from 1966-1971. It is widely considered to be groundbreaking as the first TV sitcom to feature an independent female lead. It's classic television at its very best.