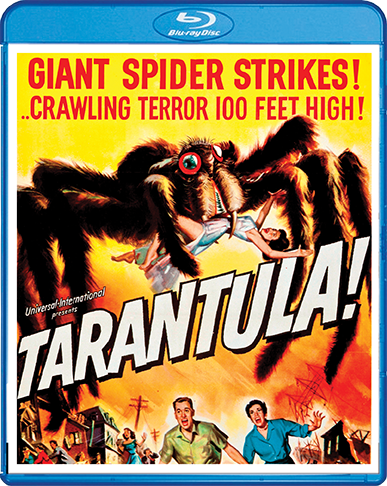 Biochemist Gerald Deemer (Leo G. Carroll, North by Northwest) has a plan to feed the world by using a growth formula on plants and animals. Instead he creates terror beyond imagining when his work spawns a spider of mammoth proportions!

Feeding on cattle and humans, this towering tarantula has the people of Desert Rock, Arizona running for their lives. Can this horrifying creature be stopped or will the world succumb to its giant claws? This classic sci-fi film from director Jack Arnold (Creature From The Black Lagoon, It Came From Outer Space) stars John Agar (The Mole People, Attack Of The Puppet People) and Mara Corday (The Black Scorpion, The Giant Claw) and features a cameo by Clint Eastwood as a jet squadron leader!