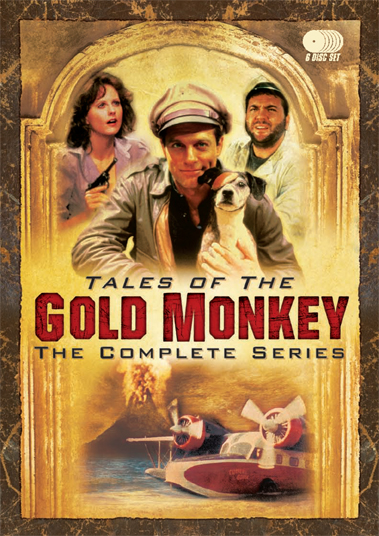 Tales Of The Gold Monkey: The Complete Series

In a backwater corner of the South Pacific a young American adventurer and his ragtag group of friends become involved in death defying hi-jinx, transporting people-on-the-run in a well-worn Grumman Goose seaplane. Set in 1938, this series captures the ambiance and character of a mysterious romantic era. Broadcast by ABC in 1982, this series became a massive hit following the success of Indiana Jones's Raiders of the Lost Ark. Fabulous Films proudly present the complete series for your entertainment pleasure, here finally on DVD!

Tales of the Gold Monkey