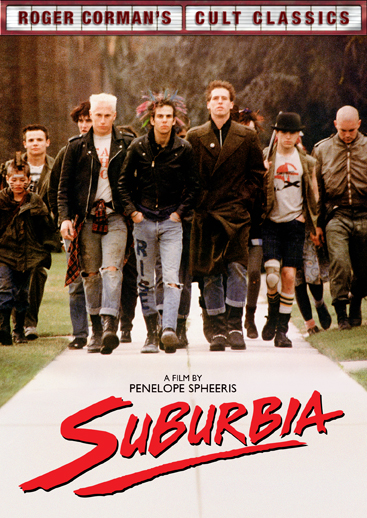 Suburbia is director Penelope Spheeris's study of the Los Angeles punk rock scene in the early 1980s. Evan and his younger brother leave their broken home in an attempt to escape their alcoholic mother. They fall in with "The Rejected" (aka T.R.), a group of punks who live as squatters in an abandoned home by the side of the highway. With T.R., the boys find a new family. But their newfound family will be tested when they become the target of "Citizens Against Crime," a group of unhappy suburbanites.

FEATURES LIVE PERFORMANCES BY D.I., T.S.O.L. AND THE VANDALS