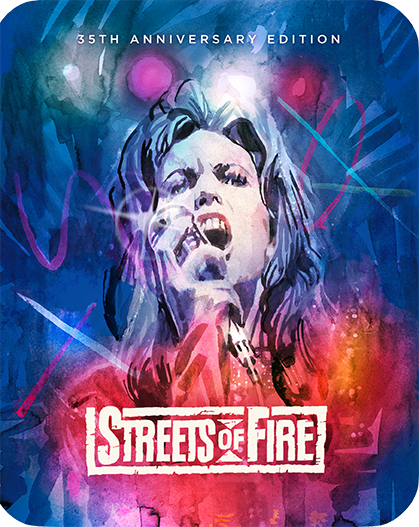 "It's probably impossible not to enjoy the movie. No director holds a candle to (Walter) Hill for sheer visceral expertise." – Film Comment

“The 4.1 stereo mix is a clear improvement over the lossless 5.1 and 2.0 tracks…this is unquestionably the best overall release for Streets of Fire on high-def. VERY HIGHLY RECOMMENDED.” – Dr. Stephen Larson, Blu-ray.com

“This is a fantastic looking steelbook for us collectors and also happens to have a brand new 4.1 audio mix for the original track purists… All in all, this is a fantastic release, and a wildly fun movie to boot.” – Michael Scott, AV Nirvana