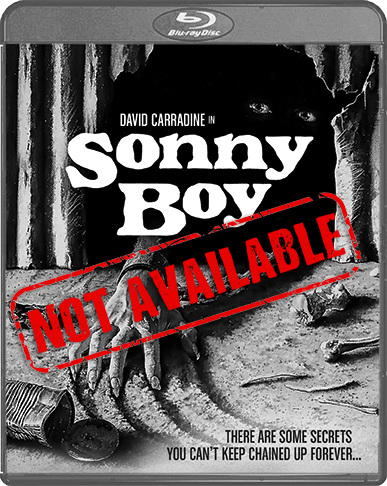 In a remote desert town, a psychopathic petty crook (Smith) and his transvestite girlfriend (Carradine) kidnap an orphaned infant, cage it like an animal, and train it to steal and kill on their command. Years later, when the half-wild Sonny Boy escapes and embarks on a bloody rampage, the couple's monstrous attempt at "child development" provokes the local populace into vengeful retaliation.

Unlike any film you've ever seen, Sonny Boy is an unsettling, wildly bizarre allegory on the devastating effects of child abuse and the violent consequences that follow.