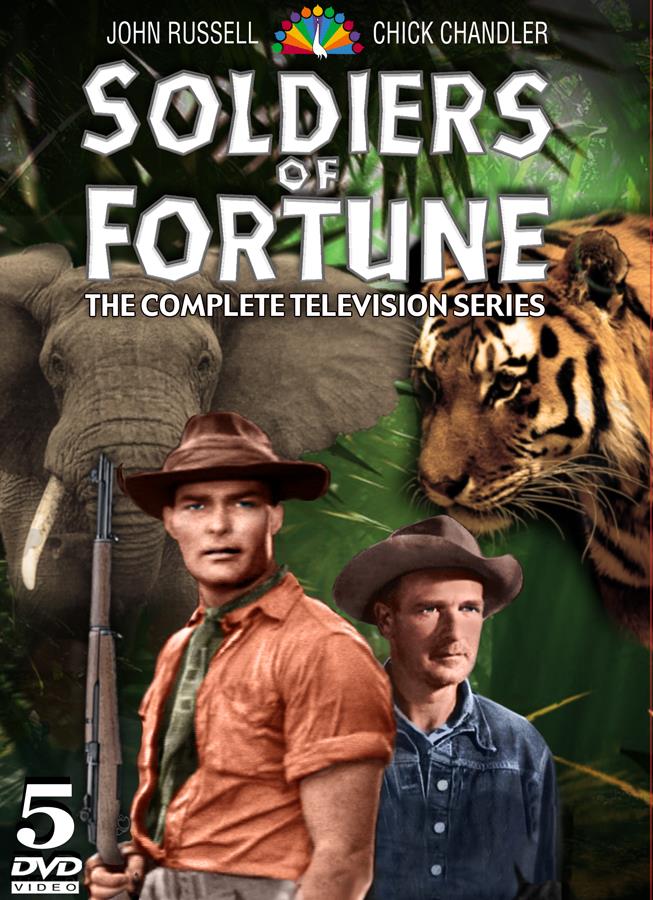 Soldiers of Fortune follows the exploits of Tim Kelly and Toube Smith, international adventures who travel the world offering their services for hire. Each action packed show finds the pair embarked on exotic quests around the globe. From the diamond mines of Africa, to the pampos of South America, and the bazaars of the Middle East, wherever they go, trouble finds them ready for action! The ruggedly handsome John Russell brings a cool determination and worldly charm to the role of Tim Kelly, and versatile character actor Chuck Chandler plays Toubo Smith with flair and good humor, no matter what scrapes the two get into.

A Revue Studios Production shot in Hollywood, Soldiers of Fortune was one of the first TV dramas to incorporate location shots from around the world and also used more stuntmen than any other 30 minutes series in the fifties. Several of these veteran stuntmen also acted in the show, including Boyd Stockman, Red Morgan and Paul Baxley. John Doucette, X. Brands, and Michael Ansara were among the other guest actors in supporting roles.