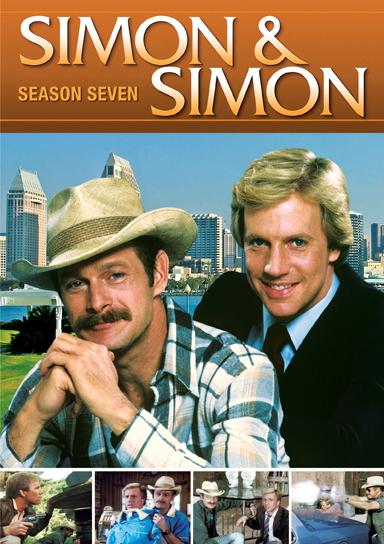 Rick (Gerald McRaney, Jericho) and A.J. (Jameson Parker, JAG) are back for another season of sleuthing around San Diego in Season Seven of the classic '80s detective drama Simon & Simon. This season finds the Simon brothers embroiled in a cluster of cases involving an elusive killer from A.J.'s past, a Vietnamese mob boss to whom Rick owes a favor, a Salvadoran death squad out for blood and the discovery of the brothers' late father's car once thought to be destroyed in the crash that took his life.

Simon & Simon originally aired from 1981 to 1989 on NBC in the heart of what would become a golden age for action-packed television.