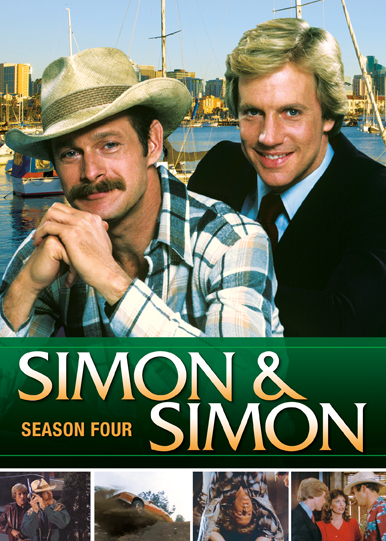 Simon & Simon provides high-speed prime-time '80s action of the highest order. Season Four brings detective brothers Rick (Gerald McRaney, Jericho) and A.J. (Jameson Parker, JAG) Simon nothing but trouble as they tackle a bevy of action-packed cases on the streets of beautiful San Diego, CA. In between tracking down kidnappers, jewel thieves and hit men, Rick gets accused of murder and A.J. gets slipped some angel dust — on top of tangling with the Mob. Without a doubt, Simon & Simon is what we love about '80s prime-time dramas. It's got twists, turns, girls and guts.

Simon & Simon ran from 1981 to 1989 and became famous for its dueling sibling detective duo who, despite their differences in style, demeanor and just about everything in between, managed to thwart criminal activity in the pursuit of justice from week to week.