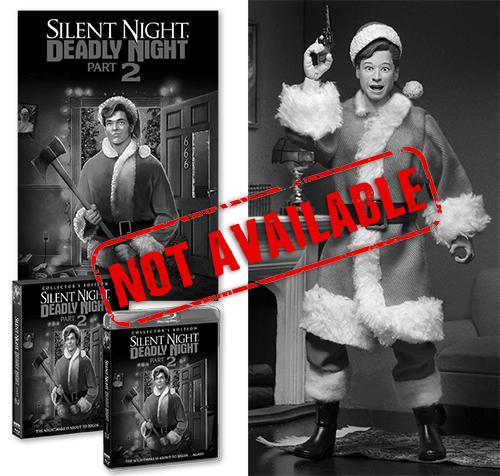 The 8” clothed action figure by NECA is exclusive to this set! Ricky Chapman is dressed in a fabric Santa suit with hat. The figure is fully poseable and comes with a gun and axe accessories in window box packaging.