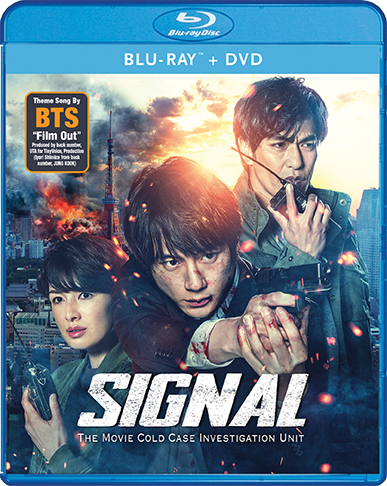 Theme song by BTS "Film Out". Produced by back number, UTA for TinyVoice, Production (Iyori Shimizu from back number, JUNG KOOK).

When officer Kento Saegusa (Kentaro Sakaguchi) picks up a dusty old police radio that's about to be scrapped, it brings him into contact with Takeshi Oyama (Kazuki Kitamura). The two detectives, one from the past and one from the present, have worked together to solve countless cold cases. Now they're back together once more!

Tokyo, 2021. A high-ranking government official is killed when his chauffeur loses control on an expressway. Saegusa suspects it was far from accidental. Meanwhile in 2009, parliamentary officials are dying in a succession of fatal car crashes. While the police write them off as accidents, Oyama is the only one convinced of foul play.

This time, Saegusa and Oyama are forced to go up against corruption in their own home: the police force. Will they finally reunite in the present?