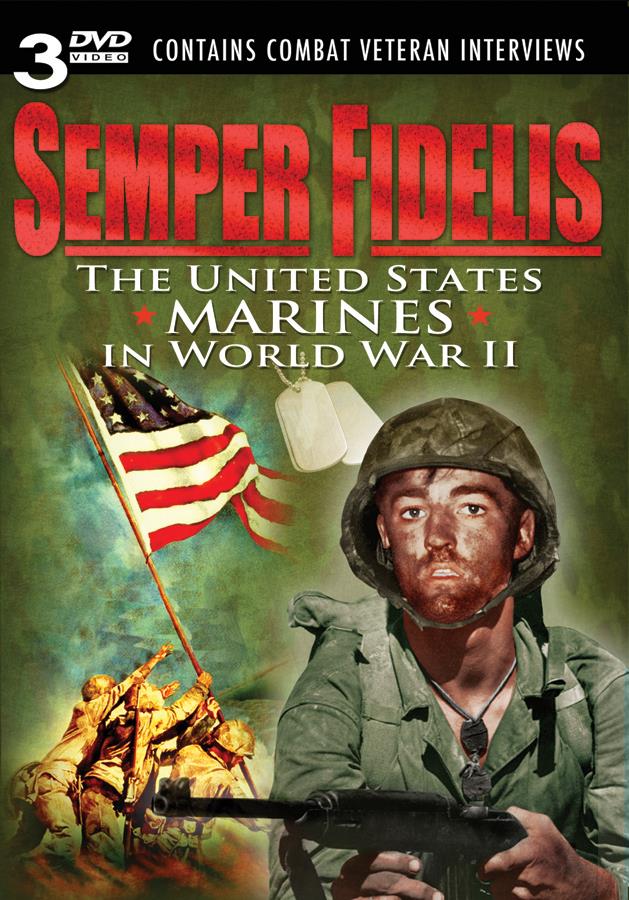 The history of the United States Marine Corps is a proud one, steeped in heroism, self-sacrifice and esprit de corps. Here is America's fighting elite - from pre-war training to final victory in the Pacific.

Witness their story through the eyes and lenses of Marine combat cameramen in this stunning and unforgettable collection of authentic, historical film footage. From bloody beaches and dense jungles to barren hilltops, follow the Marines into battle and observe the most legendary engagements in Marine Corps history. Experience firsthand the war in the Pacific - tremendous in scale, costly in life, forever imprinted on the minds and hearts of those who were there. Never before had the world seen such heroism and self-sacrifice as was exhibited by the Marines in the pivotal battles of World War II - including Guadalcanal, Tarawa, Iwo Jima, Okinawa and many more. Also included, as extra features, are summaries of some of the key events and personalitites of the war against Germany in the European theater.

Relive it now, with this tribute to America's force-in-readiness - the United States Marine Corps.