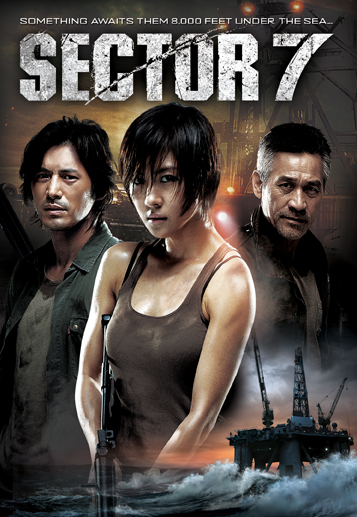 Something awaits 2,500 meters under the deep sea off the southern tip of Jeju Island

Directed by Kim Ji-hoon and produced by JK Youn (Tidal Wave), the sci-fi action thriller Sector 7 revolves around an oil rig crew forced to battle a deadly creature at sea.

Hae-jun works at an offshore rig in Sector 7, a real-life joint-development zone that harbors Korea's hopes of one day becoming energy-independent. Her greatest dream is to find oil, an obsessive quest that has yielded no results. Along with a crew that includes Dong-soo and ship captain Jeong-man, Hae-jun decides to conduct one last drilling expedition before withdrawing as instructed by headquarters. But when things start to go dreadfully wrong on the rig, the crew is overwhelmed by the disconcerting feeling that something is out there . . .