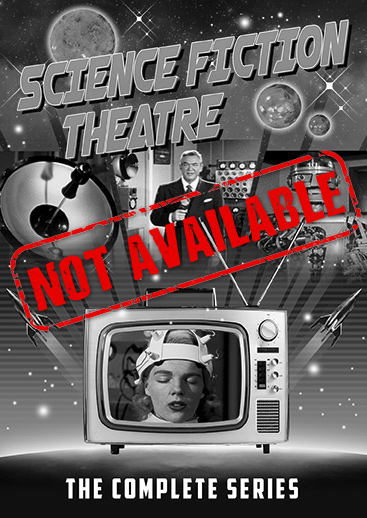 "Let me show you something interesting…"

Blending the discoveries of factual science with the limitless frontiers of fantasy, Science Fiction Theatre offered Atomic Age television viewers an intriguing look at the possibilities science could provide us in the near future as well as the immediate present. Airing from 1955 to 1957 and hosted by Truman Bradley, Science Fiction Theatre's seventy-eight episodes presented its intelligent and fantastic stories in an anthology format, pre-dating The Twilight Zone and The Outer Limits.

Presented for the first time on DVD, this complete series collection of Science Fiction Theatre is an entertaining look back-and-forward- to the way science shapes our views of the world's potential.