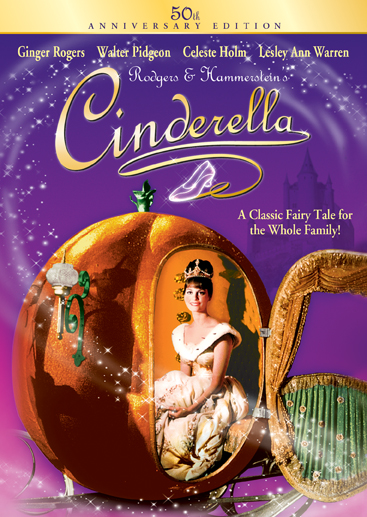 Cinderella comes to life in this 50th Anniversary Edition of the most beloved fairy tale of all time. A sparkling fantasy of music, magic and romance, Rodgers & Hammerstein's Cinderella captivates from overture to finale with a delightful score and stunning performances from an all-star cast. Academy Award® nominee* Lesley Ann Warren is charming as the raggedy waif turned belle of the ball with Broadway star Stuart Damon as the Prince. Also starring Academy Award® nominee* Walter Pidgeon, Academy Award ® winners* Ginger Rogers and Celeste Holm, Cinderella will waltz into the hearts of the entire family and live happily ever after as one of the most irresistible musicals ever made.