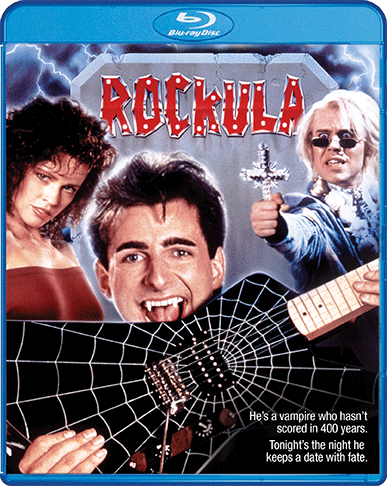 He's a 400-year-old virgin who wants to rock all night!

Ralph (Dean Cameron, Summer School) is just your typical, average vampire with love in his heart, music in his veins — and a curse on his head. Every 22 years, poor Ralph is doomed to lose his soulmate, Mona, at the hands of a rhinestone-peg-legged pirate brandishing a large hambone. But this time around, with the help of his newly-formed band Rockula, Ralph is determined to crush the curse once and for all — and show Mona that when you're a vampire, true love is eternal ... and rock 'n' roll never dies.