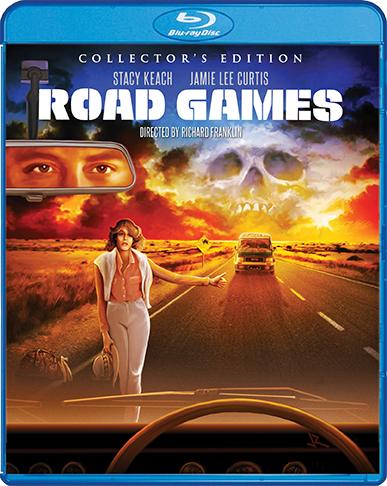 Product Note: The limited edition poster has SOLD OUT as of October 9, 2020.

Stacy Keach is Pat Quid, a lone trucker who plays games to keep his sanity on long hauls through the desolate Australian Outback. Jamie Lee Curtis is a free-spirited hitchhiker looking for excitement with a game of her own. And somewhere up ahead is a maniac in a van whose game may be butchering young women along the highway. But when the killer decides to raise the stakes, Quid's game becomes personal ... and the rules of this road are about to take some very deadly turns.

Director Richard Franklin (Psycho II) packs plenty of Hitchcock-like twists and suspense into this sly shocker that was nominated for four Australian Film Institute Awards and remains one of the most surprising thrillers of the '80s.