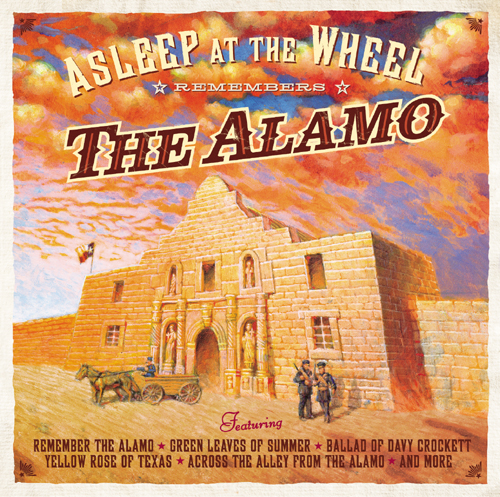 Asleep At The Wheel
Remembers The Alamo

For over three decades, 30+ albums, and nine Grammy Awards, Asleep At The Wheel has been championing big band western swing, touring non-stop and earning both critical acclaim and love from fans nationwide. This latest album is a reverent compilation of songs related to Texas and the history and events of The Alamo. It includes faithful reinterpretations like "Remember the Alamo," "Ballad of Davy Crockett," and "Ballad of the Alamo," the latter which appeared in the 1960 John Wayne feature film. Ray Benson and the band also offer original compositions inspired by events at the Texas landmark and include one song which is a self-admitted left turn from the body of material; "Don't Go There," a tongue-in-cheek song written about Ozzy Osbourne's notorious visit to the Alamo. The message to Ozzy includes the lyrics, "It's a simple Texas Mission, not a pot for you to piss in. It's a symbol of our state, not a place to urinate."