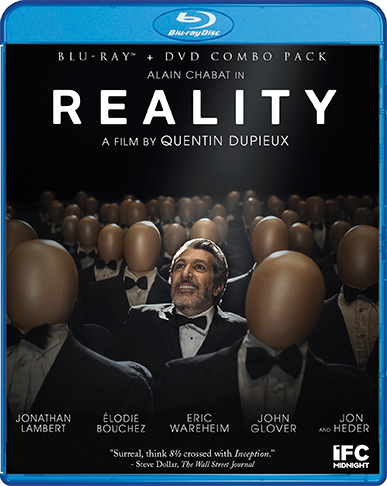 A mysterious VHS tape, a giant rat, and killer televisions… Jon Heder (Napoleon Dynamite, Blades of Glory) and Eric Wareheim (Tim and Eric Awesome Show, Great Job!) star in this head-spinning Hollywood satire from the writer and director of Rubber.

In the alternate reality of the entertainment industry, a cameraman (Alain Chabat, The Science of Sleep) has 48 hours to pull off the impossible: find the world's greatest groan sound effect for the movie he dreams of directing or it doesn't get made. As he embarks on a hilariously bizarre odyssey, fact, fiction, reality and dreams collide in a surreal swirl of comic absurdity. With brilliant turns by top comedians, Reality is a wondrously weird and wild ride through director Quentin Dupieux's extraordinary imagination.