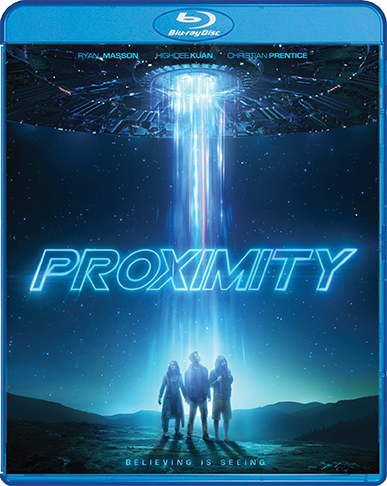 Isaac (Ryan Masson), a young NASA scientist, is investigating a meteor crash site, when he encounters — and is abducted by — extraterrestrials. Awaking three days later with no personal recollection of what happened, but with the event recorded on his camera, he attempts to share his discovery with the world. Faced with both believers and skeptics, Isaac becomes obsessed with finding incontrovertible proof, plunging him into a journey that encompasses both the other-worldly ... and the deadly.

A sci-fi drama in the vein of Close Encounters Of The Third Kind, Proximity is an engaging exploration of the unknown, and the debut feature film from director Eric Demeusy.