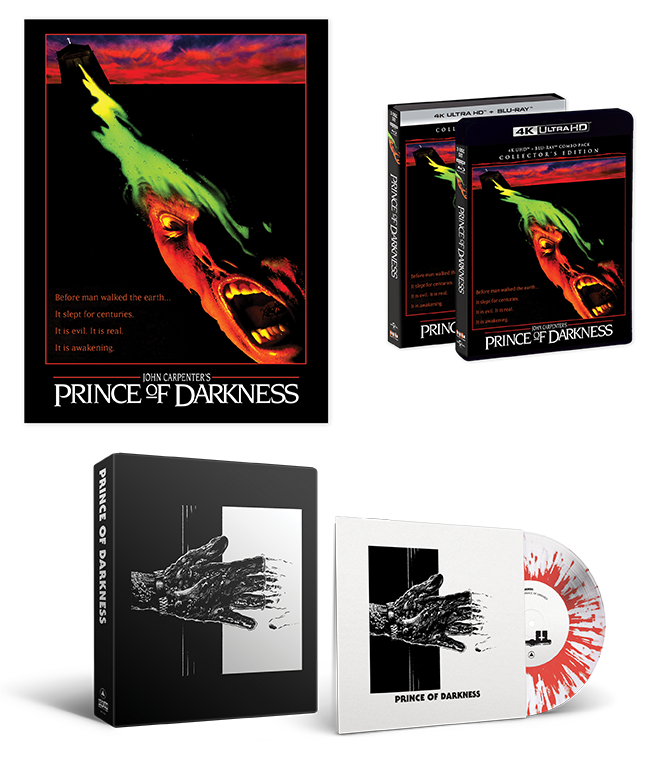 Special Offer: Order from ShoutFactory.com and get the NEW COLLECTOR’S EDITION BLU-RAY/UHD of the film, a LIMITED EDITION POSTER, and an EXCLUSIVE LIMITED EDITION 7” WHITE AND RED SPLATTER VINYL via Sacred Bones featuring newly recorded music by John Carpenter and housed in a lavish slipcase (see below for complete details).

Master of horror John Carpenter (Halloween, The Thing) directs this terrifying battle between mankind and the ultimate evil. A group of graduate students and scientists uncover an ancient canister in an abandoned church, but when they open it, they inadvertently unleash a strange liquid and an evil force on all of humanity. As the liquid turns their co-workers into zombies, the remaining members realize they have released the most unspeakable horror of them all. Terror mounts as the team must fight to save the world from a devilish fury that has been contained for over seven million years.