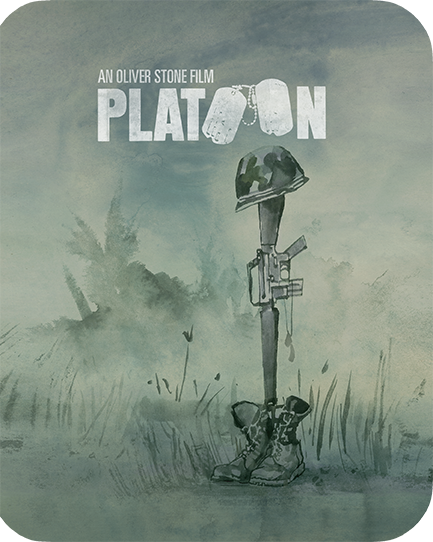 "Somebody once wrote, 'Hell is the impossibility of reason.' That's what this place feels like. Hell."

Inspired by Oliver Stone's own experiences, this anti-war epic tells the tale of PFC Chris Taylor (Charlie Sheen, Wall Street), a young Army recruit sent to Vietnam, who witnesses the atrocities of war – many of which are carried out by those Chris calls "comrades."

Heralded by critics as the best film of 1986, Platoon won four of the eight Academy Awards® for which it was nominated,* including Best Picture and Director for Oliver Stone, and earned Supporting Actor nominations for co-stars Tom Berenger (Inception) and Willem Dafoe (Shadow of the Vampire).