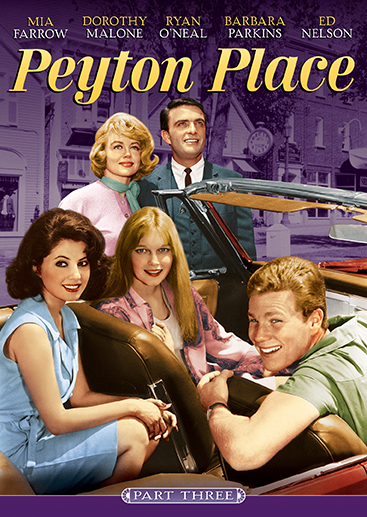 Look past the innocent façade of small-town life and discover the truth about Peyton Place.

A ratings sensation for ABC, Peyton Place – already a successful 1956 novel and 1957 film – made its way to network television in 1964. A prime-time soap opera whose influence can be seen in later beloved programs such as Dallas, Knots Landing, and Twin Peaks, Peyton Place examined the complex web of scandals, schemes, and sex in a New England town.

Featuring Dorothy Malone, Mia Farrow, and Ryan O'Neal, the long-awaited third volume of Peyton Place is finally available on DVD. Fans of the series will find this collection of episodes as deliciously addictive now as they were in their original airing.