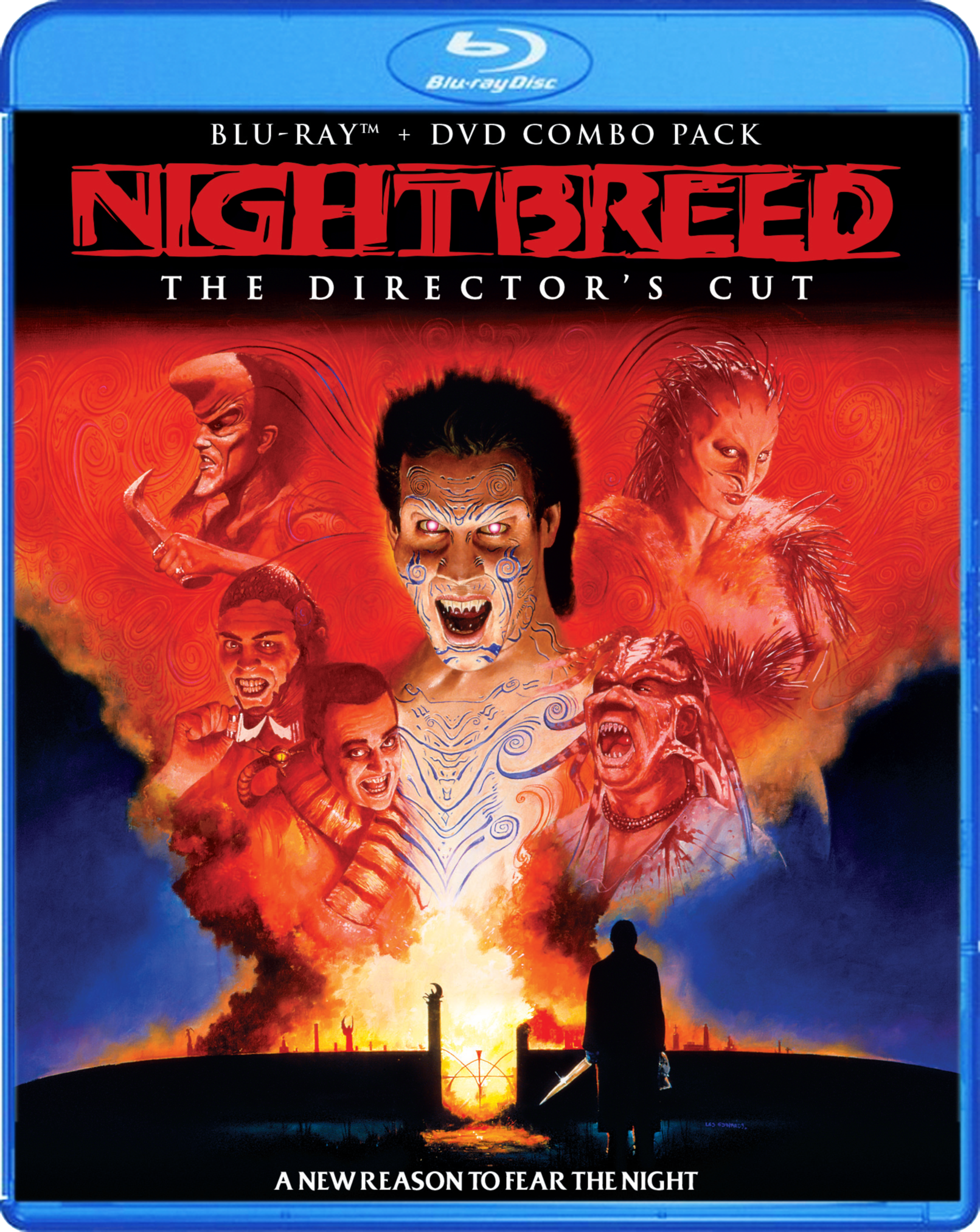 “A rip-roaring monster flick, all the stops out and pumping with imagination." – John Stanley, Creature Features

For the first time on home video, you can experience Clive Barker’s original director’s cut of Nightbreed with over 40 minutes of new footage, all mastered in high definition from the original camera negative!

Boone (Craig Sheffer) may be a troubled young man, but his troubles are just beginning. Set up as the fall guy in a string of slasher murders, he decides he'll hide by crossing the threshold that separates “us” from “them” and sneak into the forbidden subterranean realm of Midian. Boone will live among the monsters.

Hellraiser creator Clive Barker writes (adapting his novel Cabal) and directs this vivid leap into horror that asks: in the battle of man vs. monster, who's really the monster? The answer supplies flesh-crawling suspense, sudden fear, a colorful Danny Elfman score and a creepy array of shape-shifting beings. They are the Nightbreed, denizens of a world beyond death, beyond the imagination, perhaps beyond anything you've seen.

“It more closely resembles the fantasy world of Guillermo del Toro, circa Pan’s Labyrinth, in that the freaks and monsters exist for reasons beyond serving as killing machines… It’s really quite unexpectedly special.” – Movie City News

"It rises like a phoenix with this new cut, a polished gem that restores the legacy of Barker's Cabal and rewards the fans who stuck by the film…This release looks and sounds great, better than anyone could have expected considering its origins, and the extras round out the package as a loving tribute to the world of Midian.” – DVD Talk

“The amount of included bonus material is really outstanding, and should surely knock any fan of the movie off their feet; even those who don’t care for Nightbreed should find the level of context and depth these features provide to be engrossing.” – Under The Radar Magazine

“Overall, Nightbreed: The Director’s Cut is a damn fine 2 hours of horror and a love letter to Barker and his overlooked classic...A great set, highly recommended." – Nerdist