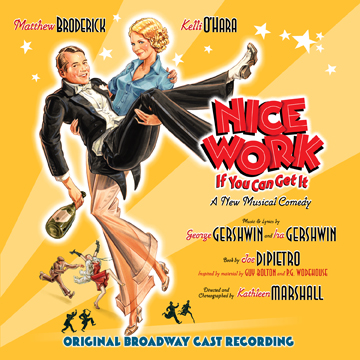 This brand-new musical features a treasure trove of George and Ira Gershwin’s most beloved, instantly recognizable tunes set in a fresh and funny song-and-dance spectacular with a book by Tony® winner Joe DiPietro (Memphis), directed and choreographed by three-time Tony® winner Kathleen Marshall (Anything Goes).

Overflowing with great songs, including “But Not For Me,” “Let’s Call the Whole Thing Off,” “I’ve Got a Crush on You” and “Someone to Watch Over Me,” this sparkling musical comedy combines laughter, romance and high-stepping Broadway magic.