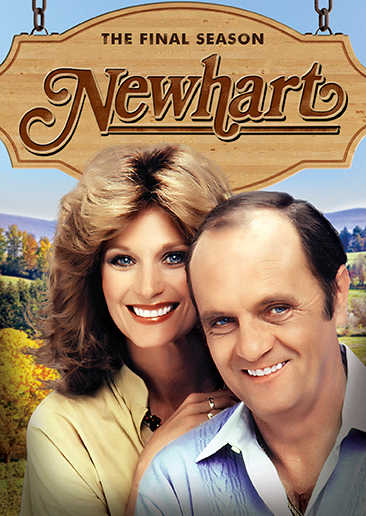 It's checkout time at the Stratford!

Season Eight’s twenty-four episodes hit a new high in delivering the beloved quirky humor and oddball situations that made the show a hit throughout its prime time run. And the conclusion of the Stratford saga is a masterpiece that is still considered one of the all-time great final episodes in television history. Complete your collection of the singularly eccentric Newhart today!