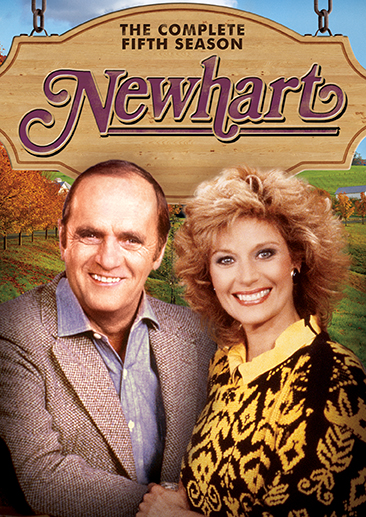 Welcome back to the Stratford Inn!

Dick and his lovely, forever sweater-clad wife Joanna (Mary Frann) are joined as always by their off-kilter crew of friends and colleagues: hilarious handyman George (Tom Poston), yuppie-in-training Michael (Peter Scolari), spoiled and sassy Stephanie (Julia Duffy) and that wacky woodsman Larry (William Sanderson), not to mention his brother Darryl (Tony Papenfuss)… and his other brother Darryl (John Voldstad.) And if you think this band of New England nutjobs are something, wait until you see some of the guests at the Stratford!

All 24 fifth season episodes of this Emmy®-nominated favorite are sure to keep you laughing from the moment you check in.