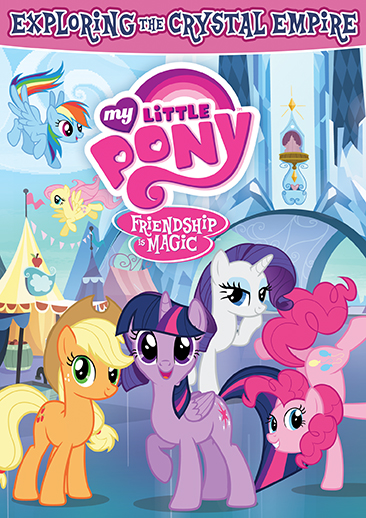 My Little Pony Friendship Is Magic: Exploring The Crystal Empire

Join Twilight Sparkle and her best pony pals as they explore one of the most beautiful places in Equestria. In the Crystal Empire, Twilight must find out if there is a spy in the empire. She also dedicates herself to helping a reformed pony learn the magic of friendship. Meanwhile, the Mane Six will work together to ensure a ceremony for Cadences and Shining Armor's new baby goes as planned. With the power of friendship, there is nothing the ponies can't do!

My Little Pony Friendship Is Magic: Exploring The Crystal Empire