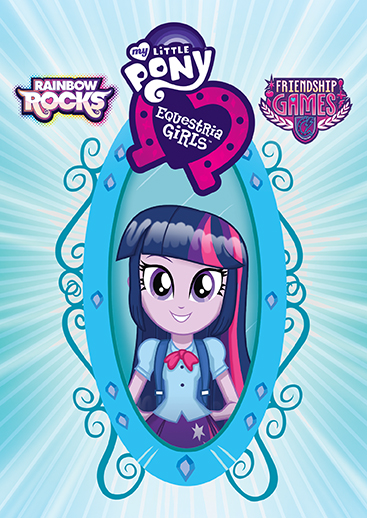 When her crown is stolen from the Crystal Empire, Twilight pursues the thief, Sunset Shimmer, into an alternate world where she finds herself turned into… a teenage girl!

When The Dazzlings, a new girl group, arrive at Canterlot High and convince everyone to turn the friendly music showcase into a Battle of the Bands, tensions mount between the competing musical acts. The Rainbooms call on Princess Twilight to return to their world to help them perform a musical counter-spell so that they can win a battle that now determines the fate of the entire school!