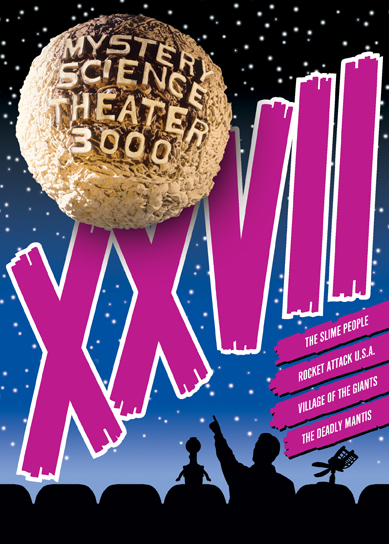 There may be no finer — and certainly no funnier — meditation on monsters than this collection of episodes from the cult comedy series Mystery Science Theater 3000. As food for thought, we are served subterranean slime people, a giant praying mantis, Soviet spies and — perhaps the most terrifying of all — enormous teenagers from the disturbing menu of America’s twisted psyche. Battling these Goliaths for us with their slingshots of sass and silliness are Joel, Mike and their robot henchmen Tom Servo and Crow. The monsters are gruesome and the movies even more so, but the riffs are risible and retaliatory, proving definitively that revenge is actually a dish best served funny.

Village Of The Giants