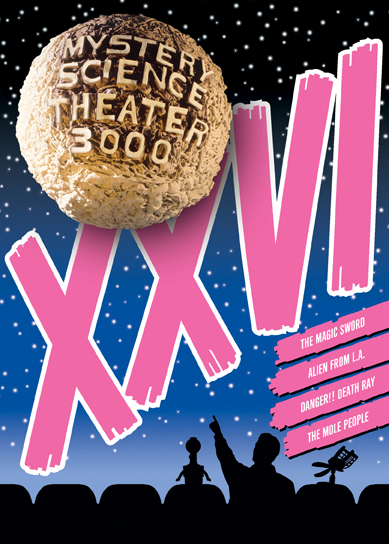 For this 26th volume of MST3K, an introduction could well be pared down to “one cult TV series with two guys, two robots, four movies and 10,000 jokes.” This new collection of previously unreleased episodes picks up where the last 25 left off — seating you next to the funniest peanut gallery in television history. It’s a deep dive into the human instinct for survival, where our warped warriors aboard the Satellite of Love find the funny in the tragic…or at least the cheesy. In fact, it’s not too hyperbolic to insist that what Joel, Mike, Tom Servo and Crow T. Robot do, as they defend us against the slings and arrows of outrageously unfortunate movies, is nothing less than keep us sane. If you don’t agree, you’re obviously crazy.

See what we did there?