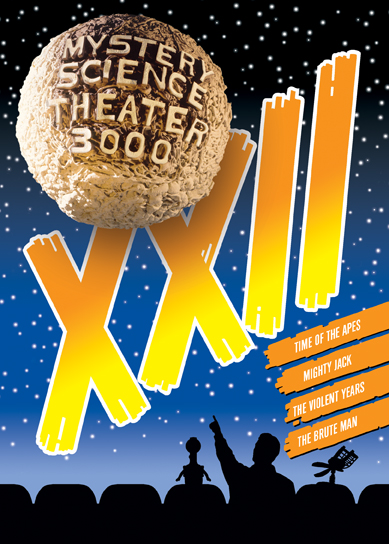 Our long cultural nightmare is over. At last, two of the most beloved and most requested episodes of the comedy phenomenon that is Mystery Science Theater 3000 are preserved on DVD. They were born in Japan as innocent TV series, disfigured into TV movies for American audiences, then repurposed as fodder for glorious new entertainments. And unless you are allergic to funny, the other two episodes are nothing to sneeze at either. Here, for your viewing pleasure, are four films that would never have existed if cinema had any kind of immune system. Riffing on them with extreme prejudice are Joel, Mike and their robot pals Tom Servo and Crow T. Robot. Laugh amongst yourselves.

Time Of The Apes