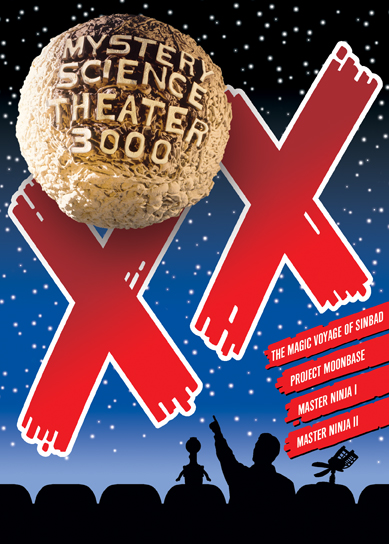 Sit back - when you're not doubled over with laughter, that is - for four classic episodes of this hilarious Peabody Award-winning series. Crow T. Robot, Tom Servo and your host Joel Robinson (Joel Hodgson) are back to riff on your . . . erm . . . favorite movies and television series of yesteryear with all the TLC only the Satellite of Love crew can deliver. And for this 20th volume of the outstanding, groundbreaking series, we're making it a very special Mystery Science Theater 3000 Joel-bilee! And you're on the guest list!

The Magic Voyage Of Sinbad