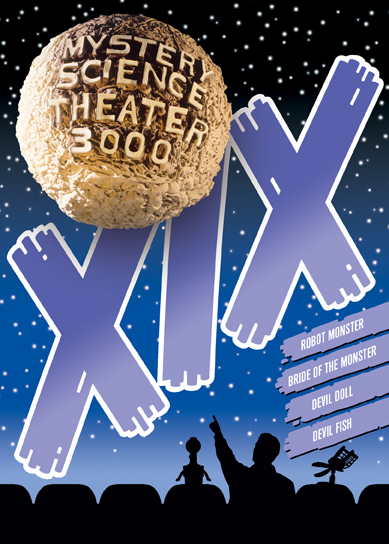 You are cordially invited to step aboard the stranded Satellite of Love as its crew continues its ongoing assignment of viewing (and mocking) the most...ahem...misunderstood...films of all time! Join hosts Joel Hodgson and Mike Nelson as they celebrate the very first - and only - 19th DVD box set of the hilarious cult phenomenon Mystery Science Theater 3000 with their loyal, albeit morally misguided, crew - Tom Servo, Crow T. Robot and, of course, Gypsy!

Bride Of The Monster