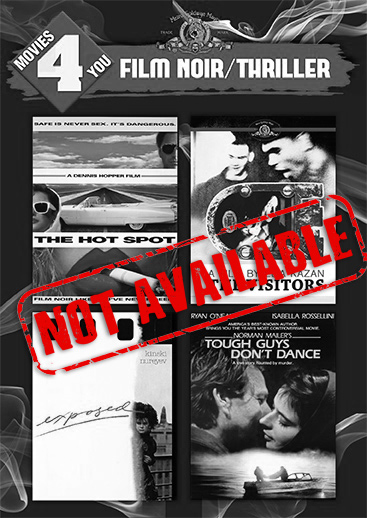 Screen beauty Nastassja Kinski top lines a moody and suspenseful film from screenwriter/director James Toback. A young Wisconsin girl (Kinski) arrives in New York to begin a career in modeling, only to find herself stalked by both a sinister violinist (Rudolf Nureyev) and a terrorist (Harvey Keitel). Featuring Deadwood’s Ian McShane.

A Vietnam veteran’s past - in the form of two fellow ex-soldiers - comes back to haunt him in a tense drama from the director of A Streetcar Named Desire and On The Waterfront. Starring James Woods, Patrick McVey, Patricia Joyce, and Steve Railsback.