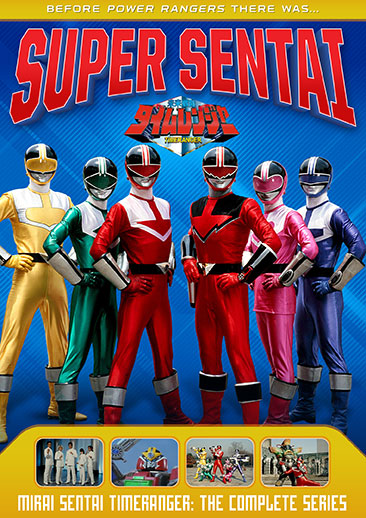 It's the 30th century and time travel is illegal. To help monitor and police time crimes, the Time Protection Department is founded. But when Don Dolnero and his nefarious gang manage to trick four new TPD cadets into allowing them travel to the 20th century, the four cadets are forced to pursue them for the sake of history. There, in a time foreign to them, the cadets enlist Tatsuya Asami, a young martial artist, to aid their mission. Together, these five youngsters become the Timerangers. And though they try to live as ordinary 20th-century citizens, the Timerangers dedicate their lives to stopping Dolnero and others that may follow in his footsteps, attempting to forever alter the proper timeline!