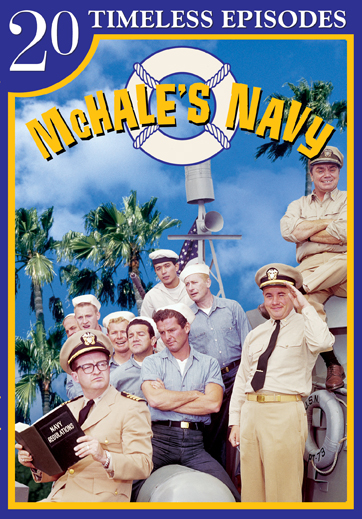 Veteran seaman Quinton McHale is commissioned into the Navy Reserve at the start of WWII. He becomes Skipper of the Torpedo Patrol (PT) Boat #73 stationed on the island of Taratupa in the Pacific. Assigned to his command are six free-spirited, good-hearted swabbies who love to have fun. Despite their hilarious party-boy shenanigans and utter disregard for Navy regulations, when duty calls, the crew of PT 73 does its job and does it well.

With talented stars, great writing and solid supporting cast, McHale’s Navy is classic television at its finest and funniest.