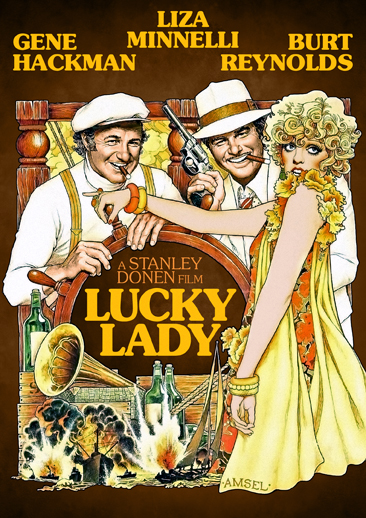 In the vein of The Sting, this action/comedy Prohibition-era caper film stars Gene Hackman and Burt Reynolds as a couple of bootleggers who hook up with a vampy cabaret singer (Liza Minnelli) for a rum-running operation. Released theatrically in 1975, Lucky Lady earned Minnelli a Golden Globe nod for her performance as the nightclub entertainer who can't decide between her two booze-smuggling beaus. Directed by Stanley Donen (Singin' in the Rain, Seven Brides for Seven Brothers, Bedazzled, Blame it on Rio)