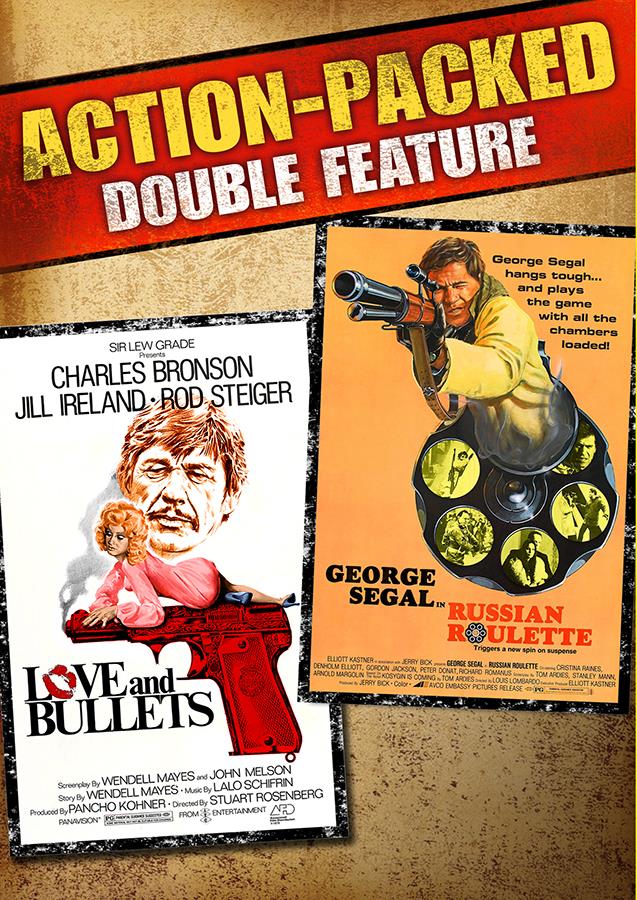 Charles Bronson can always be counted on for a lot of bullets in his films…but Love and Bullets adds another layer to his iconic screen persona.

American detective Charlie Congers (Bronson) is sent to the Swiss Alps to find and protect Jackie (Jill Ireland), the lover of a notorious gangster so that she can potentially testify against him. The stakes become even higher for Congers when he and Jackie fall in love and the jealous crime lord sends out assassins to put a permanent end to their budding romance.

Rod Steiger (an Academy Award winner for In the Heat of the Night) also stars in this action drama from the director of Cool Hand Luke and the screenwriter of Death Wish.

George Segal hangs tough and plays the game with all the chambers loaded in Russian Roulette, a tense and quirky Cold War thriller set in Vancouver, British Columbia.

An iconoclastic officer of the Royal Canadian Mounted Police (Segal) is ordered to take a Russian immigrant into custody in advance of a state visit by the Soviet premier. When his prisoner is kidnapped, the officer finds himself drawn into an assassination plot and caught between the CIA and the KGB.

Featuring an eccentric and eclectic supporting cast, Russian Roulette is a cult conspiracy thriller well worth revisiting. Load it up and give it a spin today.