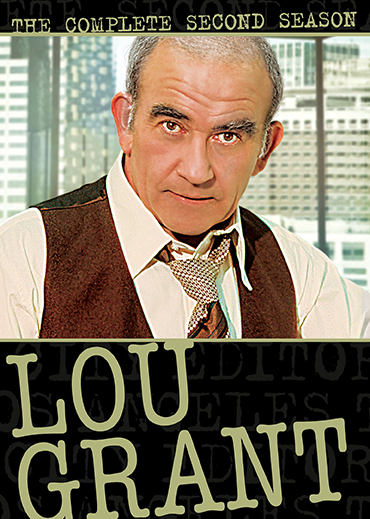 Ed Asner is back as his iconic character, the gruff but principled Lou Grant, for a second season of the Emmy®-winning drama.

Season Two's twenty-four episodes finds city editor Grant continuing to lead his crack staff at the Los Angeles Tribune as they strive to report the stories upon which society turns. Investigating matters of journalistic ethics as well as powerful, sometimes controversial stories with hard questions and no easy answers, the series was a beacon of quality programming, impressing audiences and critics alike.

Robert Walden, Linda Kelsey, Mason Adams, Jack Bannon, Daryl Anderson, and Nancy Marchand also star in a series whose timely and thoughtful examination of both the inner workings of the newspaper business and contemporary societal concerns made it one of the premier dramas of its era.