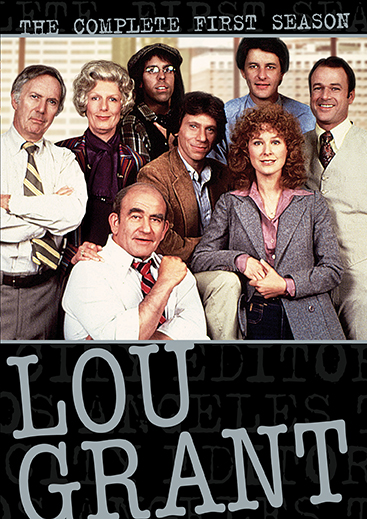 Ed Asner reprises the indelible character he made famous on the classic sitcom The Mary Tyler Moore Show in Lou Grant: Season One. Co-starring Mason Adams (Omen III: The Final Conflict), Robert Walden (All The President's Men), Daryl Anderson (The Monster Squad), and Nancy Marchand (The Sopranos), the riveting Lou Grant ran for five seasons from 1977 to 1982, winning 13 Emmy® Awards and setting a high standard for all topic-oriented, serial dramas to come.

Having lost his job at WJM-TV's news department, Grant leaves Minneapolis for the West Coast, where he takes over as the city editor for the Los Angeles Tribune. There, Grant guides his team of journalists through the constant challenges of the newspaper business. Exploring both the inner workings of the Tribune and the societal issues that influenced its readers, Lou Grant was an acclaimed program throughout its five seasons on network television.

Notable for being a rare instance of a comedic television character making the transition to a dramatic series, Season One of Lou Grant showcases a powerhouse ensemble and writing staff that made the show one of the most intelligent and noteworthy programs of its era.