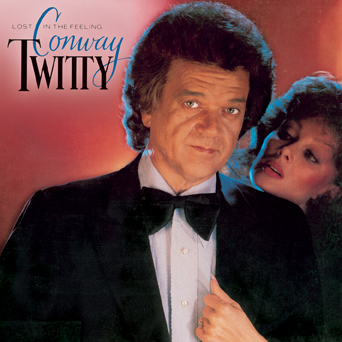 Conway Twitty
Lost In The Feeling

Originally released in 1983, Conway Twitty's Lost In The Feeling has languished out of print for nearly 20 years and has never been released on CD before. The long sought-after fan favorite includes three hit singles: "Lost In The Feeling" (#2), "Heartache Tonight" (#6; a cover of The Eagles' #1 hit) and "Three Times A Lady" (#7, a Commodores cover). Little-known trivia: the model on the cover is a pre-fame Naomi Judd.

Throughout his career, Twitty transformed from rock 'n' roll teen idol to country music superstar. It was his rich, down-home voice that spoke to the souls of music fans for over five decades. The smoothest of country's balladeers, with a record-setting 40 #1 hits, Twitty is the true embodiment of country music.