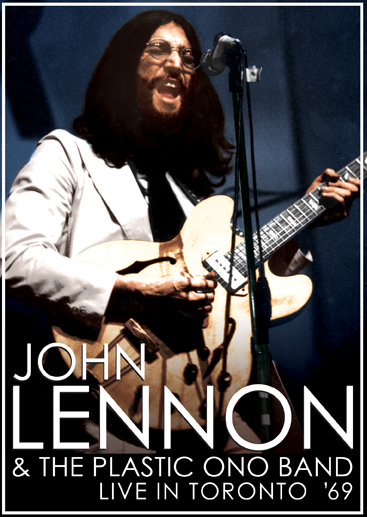 John Lennon & The Plastic Ono Band Live In Toronto '69 is a rare look at one of the world's most influential popular artists at a pivotal moment in his career. Filmed on the eve of the release of the Abbey Road LP - the last Beatles album to be recorded - this is the only performance ever caught on film of John Lennon & the Plastic Ono Band.

It had been three years since Lennon had performed onstage with The Beatles. Seemingly on a whim, John and wife Yoko Ono hopped on a plane with guitarist Eric Clapton, bassist Klaus Voormann and drummer Alan White to travel to the Toronto Rock 'N' Roll Revival festival showcasing some of Lennon's early musical heroes - among them Bo Diddley, Jerry Lee Lewis, Chuck Berry and Little Richard. As it turned out, Lennon and the newly formed Plastic Ono Band played an equally significant role that night in the history of rock 'n' roll, as it is widely believed this concert foreshadowed the official end of The Beatles.

Captured by Academy Award-nominated director D.A. Pennebaker (The War Room, Don't Look Back, Monterey Pop), this concert film serves as one of the great historical documents in the career and life of John Lennon.