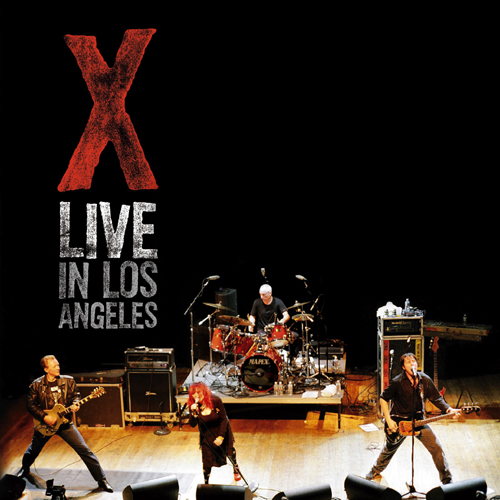 The musical history of Los Angeles can be divided into two distinct eras: "Before X" and "After X." X was one of the first U.S. punk bands, but by adding rockabilly and country elements, they were a major influence on the Americana/alt-country movement, not to mention subsequent waves of punk bands. X: Live In Los Angeles commemorates the 25th anniversary of the band's landmark debut album, Los Angeles. On this CD, the original lineup-John Doe, Exene Cervenka, Billy Zoom, and D.J. Bonebrake-come together once again to celebrate this milestone with a killer 21-song set of fan favorites.