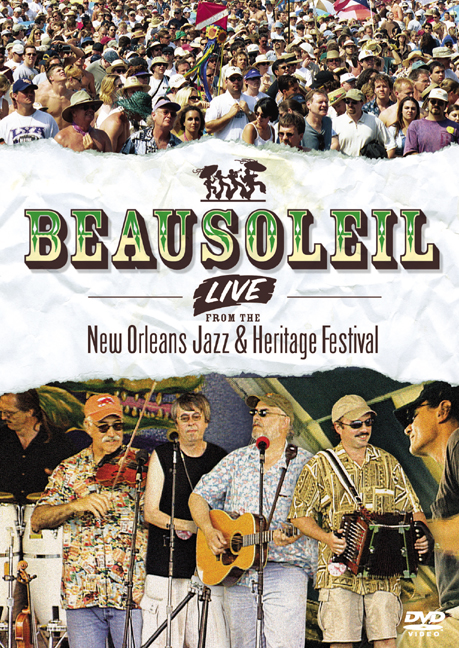 30 years into his career, BeauSoleil's Michael Doucet is Cajun music to most people. The fiddler, singer and songwriter plays dozens of gigs with BeauSoleil every year, gets massive exposure on NPR-including a long-running relationship with A Prairie Home Companion - and has won a GRAMMY for Best Traditional Folk Album. His band, which mixes traditional Cajun music with folk-rock, zydeco, New Orleans jazz, Tex-Mex, country and blues, is just as accomplished. Despite their success as an album act, they are truly in their element on stage. And there's no better way to experience them live than at the New Orleans Jazz & Heritage Festival. This DVD, BeauSoleil's first,captures the band's electrifying performance at the 2002 JazzFest and is a must-own for fans of Cajun and roots music.