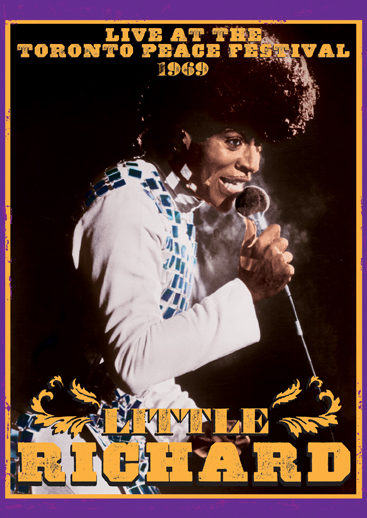 Little Richard: Live at the Toronto Peace Festival 1969 took place during one of rock 'n' roll's biggest rebirths, a popular reawakening that inspired the historic Toronto Rock 'N' Roll Revival concert where this phenomenal performance was filmed. Among the greats who appeared at this festival-including Chuck Berry, Bo Diddley, Jerry Lee Lewis, Gene Vincent-it's safe to say that Little Richard electrified the audience the most. Making a dramatic entrance under a single spotlight wearing a shirt covered in tiny mirrors, Richard commanded the attention of his audience with his over-the-top stage show as he barreled through his classics. The energy was unparalleled.

Beautifully filmed by Academy Award-nominated director D.A. Pennebaker (Don't Look Back, Monterey Pop), this concert film not only captures the raw energy of Richard's explosive performance, but the adoration of a young crowd looking to cut loose with one of rock 'n' roll's greats still in his prime.

Live At The Toronto Peace Festival 1969